I know…I know…the title sounds super scam-mish. It’s like one of those cheesy Facebook ads that promise to teach you how to make $10,000 a month while sitting on your ass and sipping cola all day. But I assure you this is a true story. 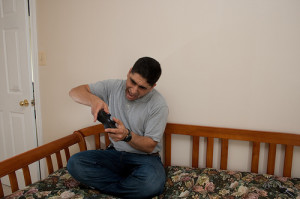 40 minutes of Street Fighter on Playstation, obviously! What were you thinking?

I certainly have made a good return on investment (ROI) through Baccarat in the past. That being said, I’ve only played Baccarat four times my entire life – thrice in Australia (Melbourne, Brisbane & Gold Coast) and once in Malaysia (Genting Highlands RWG Casino). And on each occasion, I’ve used the exact same strategy which I copied off an old woman who was standing beside me the first time I was at a Baccarat table.

The strategy was essentially the Martingale betting system with an added ‘safety feature’ – we simply wait for a streak of 3 Banker/Player (B/P) wins and then bet on the opposite. So if the results were ‘BBB’ our next bet would be on ‘P’ and if the result was ‘B’ again we would double up our initial bet on ‘P’. I started with a $150 bankroll and the table minimum was $10 – so I could afford to last a streak of 6 consecutive Banker/Player wins before going broke:

Assume results so far are BBB…

So what happened here was BBBBBBP

I know by now you’ve become a complete expert after reading about Expected Value and are going “Hey dumbass, that’s a horrible bet!” 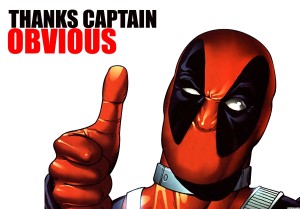 Seen from a purely mathematical standpoint, my employed strategy wasn’t smart. But sometimes, stupid things work – for example, the movie Twilight did make about $200 million world wide. While I wouldn’t call the strategy entirely ‘stupid’, I would say that it is a very short-sighted one – It’s something that works, until it doesn’t (and eventually bites you in the….).

Side note: If you haven’t already downloaded our Baccarat Pro App, please do so and input this strategy in our Bet Strategy Tester (BeST). It’ll show you exactly how it would play out across your entire lifetime (if you should choose to spend your entire life doing this).

If you’ve ever done any kind of statistical analysis on sizeable raw data, you’ll know of something called ‘Variance’. Gamblers often throw around the word ‘luck’ but what they are actually experiencing is simple variance – and so did I! It’s easy to dismiss my 40 minutes at the Baccarat table as a lucky run (which it totally was) but being a tad bit more inquisitive than that, I decided to conduct a study of what actually happened that day (and also 3 more times after).

This was way before we had built our Baccarat Pro App. So to get things started, I acquired data for a 1000-shoe Baccarat simulation. A thousand shoes would take somewhere between 900 and 1000 hours to play – so assuming you play 8 hours a day, everyday, you would complete this experiment in 4 months. For the purpose of this study, I am satisfied to define this as the ‘long term’. And I would define anything under 10 shoes as the short term.

Also, for the sake of complete transparency – I was playing mini-Baccarat (same rules but dealt a little faster) and basing this study on a 6-deck shoe. I understand that most casinos use an 8-deck shoe now but according to my recollection of said event, Crown Casino was using a 6-deck shoe when I played. Even if I’m wrong about this particular detail, the end result wouldn’t be that greatly affected. Lastly, If you would like to corroborate the figures I’m about to present, you can view the raw data here.

Going back to my making $2,200 in 40 minutes with an initial start capital of $150 – it was obvious to me that I landed on the favourable side of variance that day. However, the purpose of this study was to determine how often that happened and what are the odds of my repeating that. I wanted to determine how many times such streaks occur in the ‘long term’.

Here’s the data I gathered on these streaks:

More importantly though, the figures give us an idea of how probable it would be for my adopted strategy to show a profit. As I mentioned earlier, the strategy would only crash if we saw a streak of more than 6. We can see from the data collected in this particular example that when we compare streaks against each other, streaks of 6 or less formed up a little over 94% of all streaks. So chances are you would more likely than not make a little money in the short-term. 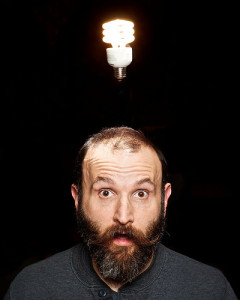 I know what you’re thinking.
But hang on, and read on…

Of course when you put things in perspective and look at the big picture, it’s not a smart gamble because in my particular example, I was risking $150 to make $10. I also assure you that if you repeat the same strategy over and over again you will end up losing all your money. In fact, when I ran the simulation on this same 6-deck shoe I crashed into a 7-streak in the very first shoe! The first 10 shoes had 4 of these 7-streaks – in shoes 1, 2 and 8 (twice). So If this was the exact shoe that I played in Melbourne, I would have made $60 before losing my start capital of $150.

So there’s the math behind it – for you to derive at your own conclusions. You now also have the available raw data if you’d like to test your own strategy (or you could simply use our Baccarat Pro App). But do note that there’s nothing that works in the long run that has been discovered yet. And also, if seen from a purely mathematical point of view this feat does seem like an impossible one.

Back to my story – what I did a little different to amass over $2,000 was take more risk during my play. Once I had doubled my capital of $150, I placed the original capital back into my pocket and played with just my winnings. My mindset at that time was that I had absolutely nothing to lose since my original capital was already safe – so I took a higher amount of risk with my winnings. I started wagering higher amounts on streaks as well as betting on ‘Tie’ if none had occurred within ten hands (this had a payout of 8 to 1) and I hit that a couple of times – which effectively snowballed my winnings.

The plays that I made when I adopted a higher risk approach aren’t important so I won’t go into the details – I don’t remember the exact bets anyway. I wasn’t doing anything right, mathematically speaking, so it doesn’t make any sense to discuss that. Do also remember that due to my higher risk play I did lose $1,000 on my final hand and went back with $1,200 in profit instead of $2,200!

In conclusion, while I do concede that no proper long-term strategies can win at Baccarat against a casino, there are short-term styles of play that you can adopt to see a small profit more often than not. But always remember to only play with money that you can comfortably afford to lose. I always think of it as “paying for an experience” so the moment I exchange my cash for chips, I assume it’s already lost. You’ll be a much happier punter if you do the same.